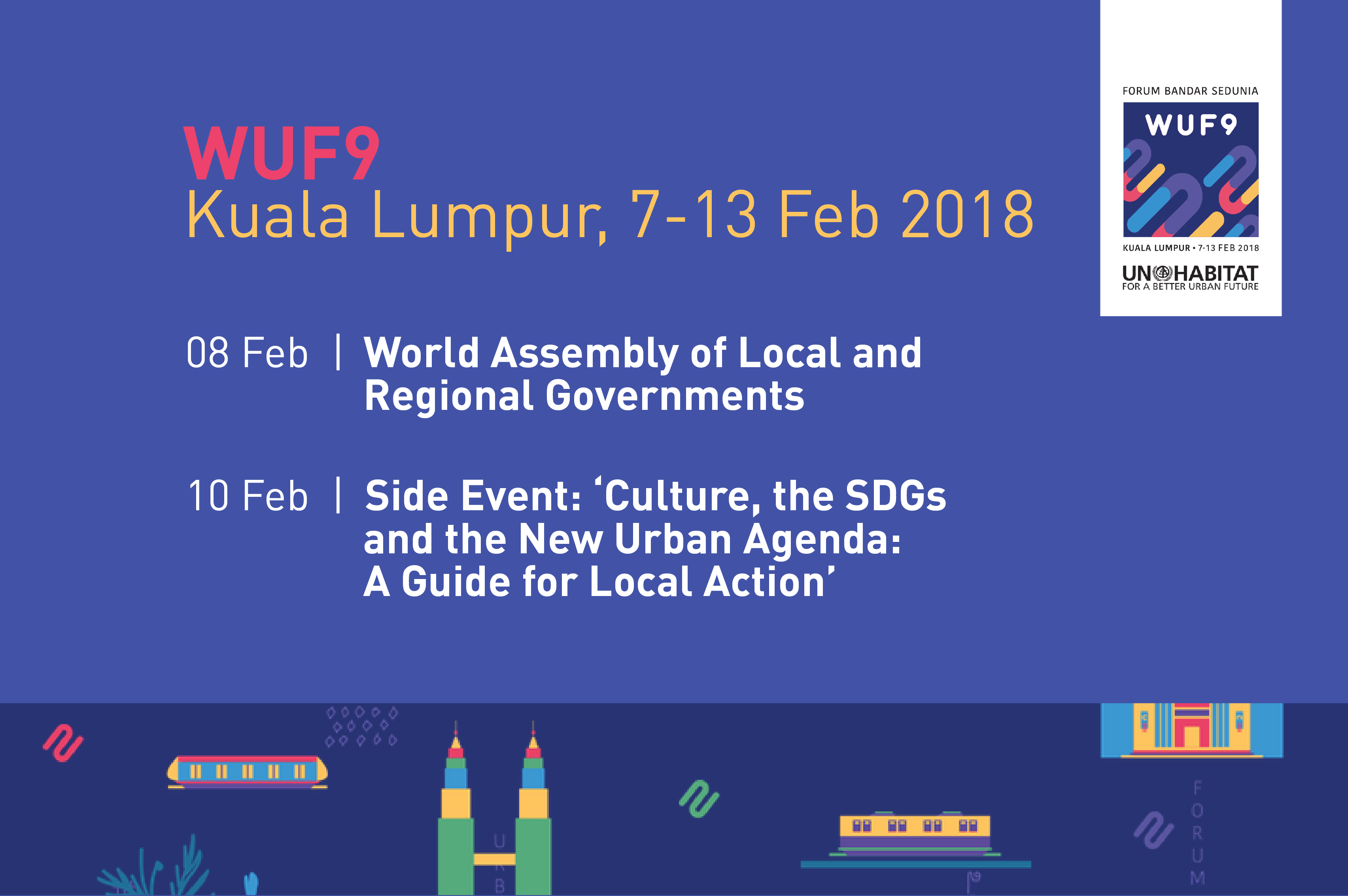 The 9th session of the World Urban Forum (WUF9) was held in Kuala Lumpur on 7-13 February 2018. The WUF, described as 'the world's premier conference on cities' is a technical forum convened by the UN Human Settlements Programme (UN-Habitat) since 2002. Entitled 'Cities 2030, Cities for all: Implementing the New Urban Agenda', WUF9 was the first session to focus on the implementation of the New Urban Agenda adopted in Habitat III.

UCLG Committee on Culture also organised an event entitled 'Culture, the SDGs and the New Urban Agenda: A Guide for Local Action' on Saturday 10 February, 6-7pm, at the Listen to the Cities room, Kuala Lumpur Convention Center. The event involved a presentation of our publication Culture in the Sustainable Development Goals: A Guide for Local Action. Furthermore, other evidence regarding the role of cultural aspects in the achievement of the Sustainable Development Goals (SDGs) and the New Urban Agenda and the importance of local governments in this respect will also be presented. Speakers at the session included Catherine Cullen, former Deputy Mayor for Culture of Lille and Special Advisor on Culture in Sustainable Cities for the UCLG Committee on Culture; and Marcel Pandin, co-founder and managing Director, Indonesia Institute for Corporate Directorship, and Expert for the Agenda 21 for culture.

Other activities related to the place of culture in the context of the SDGs and the New Urban Agenda also took place within WUF9. They included the following:

For additional information about the participation of UCLG and the Global Taskforce of Local and Regional Governments at WUF9, please visit this webpage.