Home » News » Towards a multi-level strategy for EU external cultural relations : bringing cities on board

Towards a multi-level strategy for EU external cultural relations : bringing cities on board 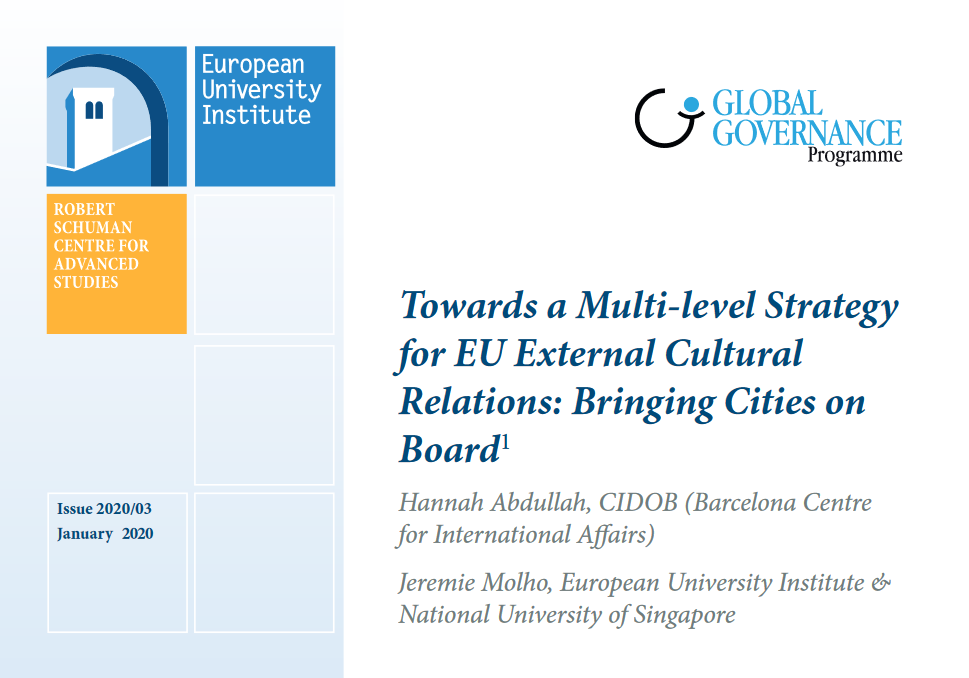 The EU strategy for international cultural relations sets out to move beyond an understanding of cultural diplomacy as soft power and towards a more inclusive and reciprocal approach built around “a new spirit of dialogue, mutual listening and learning, joint capacity-building and global solidarity”. To be fully effective, this strategy needs to involve all levels of governance, in particular cities.

The policy paper 'Towards a multi-level strategy for EU external cultural relations : bringing cities on board' aims to demonstrate the potential of European cities for achieving the objectives of the EU strategy for international cultural relations by proposing a revised multilevel approach. European cities play a major role in the development of cultural ties across borders and they have increasingly established themselves as autonomous international cultural policy actors. Along with the rise of a multi-actor and multilevel diplomatic arena, cities and other sub-national governments have acquired an increasingly important role. The exponential rise in transnational city networks since the early 2000s demonstrates how cities have stepped up to form transnational alliances around an increasingly broader set of issues that were traditionally the domain of nation-states. Many of these networks promote cities as international cultural policy actors and provide effective structures for knowledge sharing and peer-learning on culture-led urban and socioeconomic development, the use of culture to enhance local heritage, further intercultural dialogue and improve citizens’ well-being.