The cultural debates at UCLG Congress 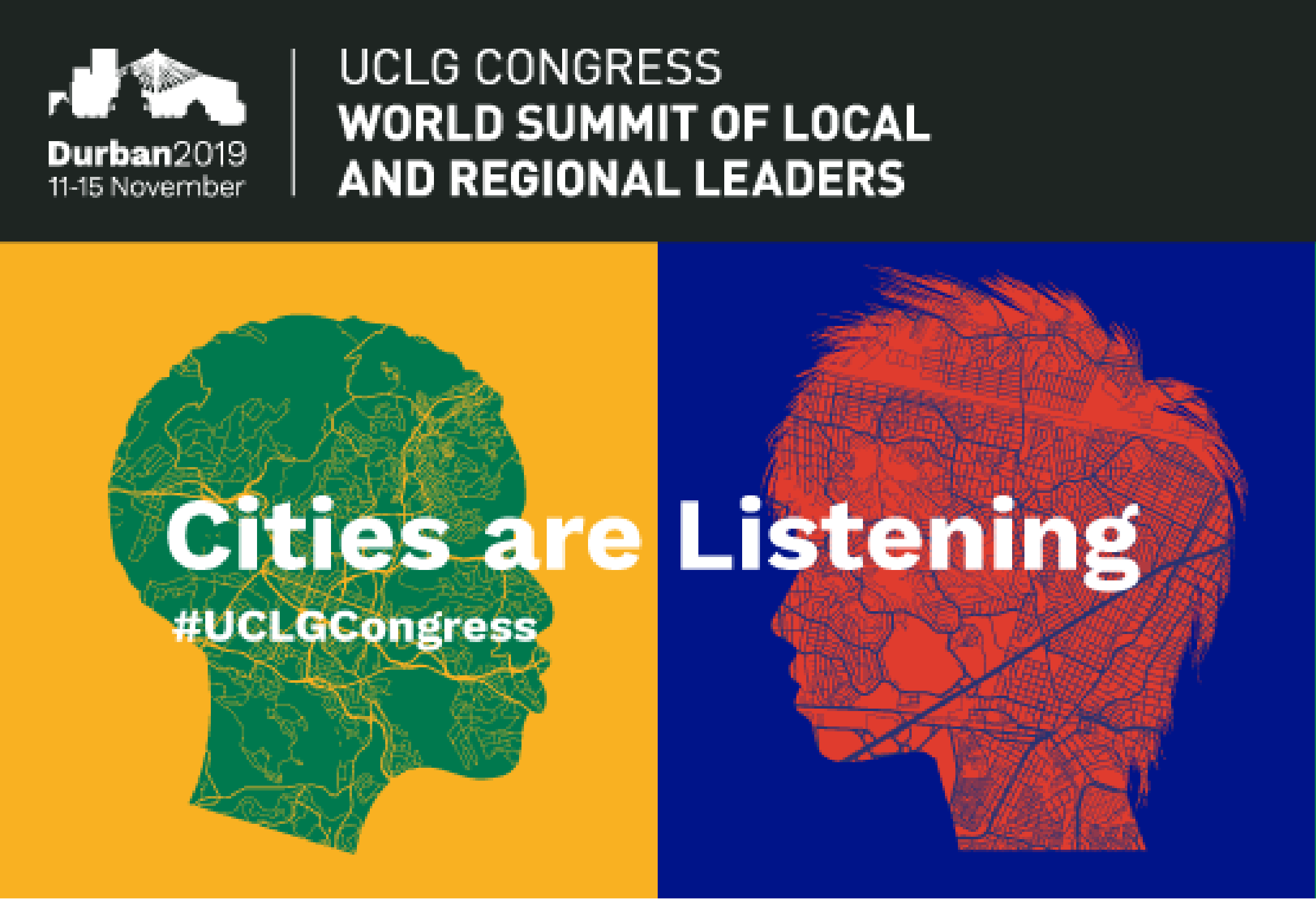 The cultural debates at the UCLG World Congress

On last 11-15 November 2019, United Cities and Local Governments (UCLG) held its World Congress in Durban, South Africa. The place of cultural policies in local development were discussed throughout various momentum.

On the occasion of the 6th UCLG World Congress, the Committee on Culture of UCLG has worked to guarantee that the cultural dimension of sustainable development is well represented in the global debates on development, and in particular in the largest gathering of Mayors and local leaders in the world, by organizing several sessions in relation with culture during the event and providing support to the organisation of several others.

On Tuesday 12th November 2019, a first session called “Culture Driven Public Policies” gathered a large number of participants in order to introduce the capacity-building and learning programmes of UCLG regarding culture and sustainability, such as the Leading City programme, the Pilot City programme, the Culture 21 Lab workshop and the brand-new Seven Keys initiative.

Ms Soham El Wardini, Mayor of Dakar, chaired this session, with speeches from the importance of cultural rights in local development, by Ms Mariana Flores representing Mexico City, the results of the Pilot Cities programme in the City of Izmir, by Mr Onur Eryüce, and the Global Youth Culture Forum of Jeju, by Ms Chae Jong Hyub. This session was also the occasion for Mr Jean-Pierre Elong Mbassi, Secretary General of the African section of UCLG, UCLG Africa, to introduce and present the new initiative of African Capitals of Culture And its founding programme in Marrakech 2020.

On the next day, a Special Session was held below the title “The Future of Culture”. The session provided the opportunity to discuss cultural rights, and to introduce key cultural policies of some of the UCLG member cities and/or local and regional governments which have been working in close collaboration with the Committee.

Representatives from key cities of the Committee, such as Ms. Catarina Vaz-Pinto, Councillor for Culture from Lisbon and Mr Luca Bergamo, Vice Mayor in charge of cultural development from Rome, respectively, Co-President and Vice-President of the Committee; or Mr Marc Villarubias, in charge of the Charter for Cultural Cooperation from Lyon, winner of the International Award UCLG – Mexico City – Culture 21, took the floor in order to explain how the Agenda 21 for Culture and the practical toolkit Culture 21 Actions had contributed to the elaboration and/or development of cultural policies in their cities. The Deputy Minister of Co-operative Governance and Traditional Affairs of South Africa, Mr Obed Bapela, took the floor to explain the cultural policies of the country that hosted the Congress.

During this session, global civil society networks and cultural organisations were also invited to take part to the conversation. Representatives from some of the key partners of the Committee took the floor to discuss the critical role of cultural rights in regards with development, such as the President of the International Federation of Library Association (IFLA), Ms Christine Mackenzie. Also, the session included a keynote speech by Ms Farida Shaheed, member of UCLG-UBUNTU, and former UN Special Rapporteur on Cultural Rights, who unfortunately could not give her speech in person.

The UCLG Congress also organized sessions on Culture Mobilities, with the presence of its founder and director, Ms Valeria Marcolin and the cultural policies of Donostia – San Sebastián, by Mr Imanol Galdós.

The “Town Hall” track hosted a session on “the Right to the City”, in which several speakers developed how the “cultural component” should be shaped, the “Assembly track” discussed the place of heritage in local resilience and development policies, mainly in Asia – Pacific and Eurasia. Also, the Learning Forum invited UCLG Culture Committee representatives to explain its capacity-building and learning programmes and the session devoted to Voluntary Local Reviews discussed how the cultural dimension of local development deserves to be more explicit in the localization of the SDGs and the UN 2030 Agenda. The Congress also witnessed the importance granted to cultural programmes in peace-building, as the winners and the finalists of the UCLG Peace Award prove.

Two important documents were approved in the UCLG Congress: the Culture Manifesto and the Political Declaration of the Congress, which includes a very nice paragraph on cultural policies.

Finally, the UCLG World Congress marked an important momentum regarding international cultural development: the next city to host a UCLG Culture Summit in 2021 will be Izmir, and the 4th edition of the International Award UCLG – Mexico City – Culture 21 was launched, whose call will be open for cities, local and regional governments until 18 March 2020.

We thank you all those that work to promote culture and as a key component of our societies. This includes the teams in Durban, as well as all members and partners of the UCLG Culture Committee.